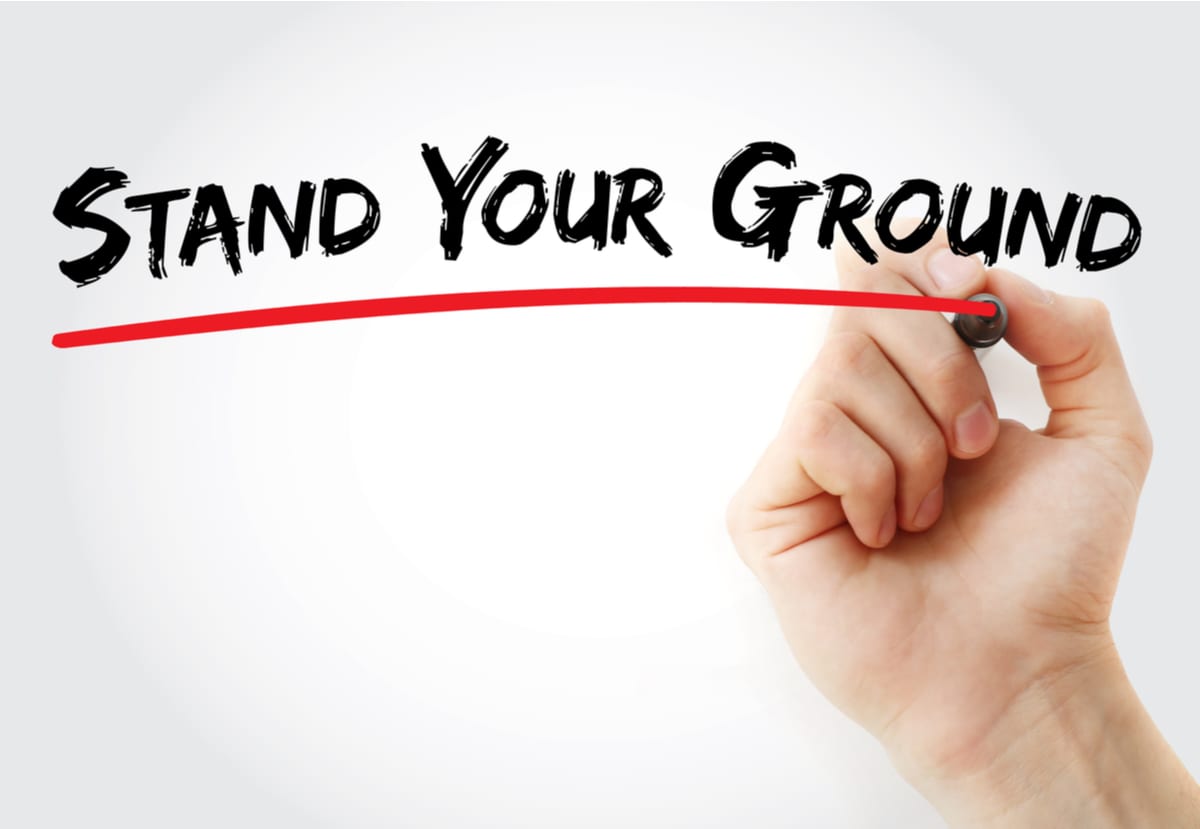 Crime statistics for the state of Maryland are rather grim. More than 168,000 violent crimes took place in Maryland in 2016. Offenses like murder, rape, robbery, aggravated assault, breaking and entering, larceny, and motor vehicle theft affected thousands of victims. These are all crimes in which a victim could protect him or herself through self-defense, but in this state, victims have a duty to retreat before they use force against an assailant.

What is a Duty to Retreat?

Each state has laws dictating when and how victims of violent crime may resort to self-defense. Some states have Stand Your Ground, the Castle Doctrine, and some, like Maryland, have the Duty to Retreat law. A duty to retreat means that whoever is being attacked can’t use deadly force or self-defense if it’s possible to leave the situation safely. This is completely different from Stand Your Ground, in which the law permits a victim to use deadly force in life-threatening situations.

Stand Your Ground provides immunity to the victim so they can avoid criminal charges and a civil suit for damages if they end up hurting or killing their assailant in self-defense. It may apply to defending one’s home or car, and sometimes it applies to all places where the victim has a legal right to be. Currently, there is no Stand Your Ground law in Maryland to protect crime victims.

Maryland’s Duty to Retreat law requires people who are not in their homes to retreat or avoid danger before using deadly force to defend themselves. A person who does use force on an attacker whom they believed would cause them serious harm would need to prove in court that his life was in real danger since the law requires you to try to find a safe way to escape a threat before fighting back.

What are Problems with the Duty to Retreat?

Stand Your Ground has been proposed in Maryland as a way to protect victims. Some proponents believe that the current Duty to Retreat law creates obstacles for victims who want to fight back to avoid serious bodily injury or death. A law-abiding gun owner who is confronted with an attacker could face criminal penalties if he chooses to use his gun in self-defense instead of running away or hiding from the attacker. The victim would need to prove in court that his life was in actual danger and that he could not retreat safely to avoid penalties for self-defense.

A Stand Your Ground law in Maryland would allow a person to match force with force in a public life-threatening situation, so long as that person is legally allowed to be in that public space. There would not be a requirement for the would-be victim to find an escape. With Stand Your Ground, even if a person could move away from the area and avoid the confrontation, he or she would not have the legal obligation to do so. This leads to the question of why some people oppose these laws and why the debate continues in Maryland.

Why Do Some People Oppose Stand Your Ground?

There are many incidents in which lives have been lost over Stand Your Ground. Some have made national headlines. The most famous incident was the death of 17-year old Trayvon Martin by gunman George Zimmerman that took place in Sanford, Florida. In this case, George Zimmerman followed the teen in his car. The teen was walking to a convenience store. Zimmerman, who was a member of the neighborhood watch in his gated community, shot Martin, who was visiting some relatives and was unarmed at the time, during a physical altercation. Zimmerman claimed self-defense under Florida’s Stand Your Ground law and was acquitted at trial.

Another lesser-known death occurred in Phoenix, Arizona. Two men got into an altercation in a Taco Bell parking lot. One man was driving in the lot when the other walked in front of the vehicle while walking his dog. The driver was upset that the pedestrian caused him to slam on his brakes. After yelling obscenities at the driver, the pedestrian moved to the driver’s side door. The driver believed the man had a bat and shot him. The pedestrian, who was mentally disabled, died in the street holding his dog’s leash.

Under traditional self-defense rules, a person can use force to defend themselves anywhere they feel threatened. However, when they’re outside their home, they can’t use force that’s likely to kill or seriously injure someone if there’s a way to avoid such use of force. With Stand Your Ground, the statute grants a person who uses deadly force the presumption that he acted reasonably unless there’s evidence to the contrary. So, if a person dies as a result of someone using lethal force in self-defense, and there are no witnesses, it may be easier to avoid penalties for ending a life.

You have the right to defend yourself if you’re threatened while in your vehicle, and you deserve quality representation if you face a criminal charge. The Law Office of Hillel Traub is dedicated to providing residents of Baltimore and surrounding areas with top criminal defense. Baltimore traffic attorney Hillel Traub has provided competent representation for people facing criminal traffic charges for more than 20 years. Call (410) 580-1100 or complete our contact form for a free consultation.